There was positive chatter and smiles at breakfast for Burnie Works stakeholders on December 7th 2021 at the Upper Burnie Memorial Hall.  Despite the last-minute venue change from green space to old school hall, the hot breakfast from Liv Eat and Split Milk and Beans Coffee Van on site perked up the early birds.  Representatives from the BIG committee, Burnie Families Community Circle, the Local Drug Action Team and Employment Partnership Group were part of the celebration and Burnie children, and youth were well represented, fuelling up before school!

Amongst the crowd of stakeholders, Burnie Youth Mayor Danielle Jones took the time to reflect on her time in the prestigious role, representing young people in Burnie in the group facilitated by Burnie Works.

“What I really enjoyed was getting to know all the places around Burnie such as Headspace, the Salvo’s and Burnie Library.”  The group volunteered, ran a movie night and learned a bit more about what was out there in terms of services and opportunities for young people.”

Danielle is in her final week of Year 10 at Parklands High School before beginning her higher education at Hellyer College.

“I had no idea how much ‘signing’ was involved, all the letters I had to sign, the process and formality in council – that was a learning.”

The Burnie Youth Council advise both Burnie City Council and Burnie Works on youth matters.  Its an opportunity for nominated student representatives across Burnie schools to practice leadership and communication skills and learn how local government works.  One of the most powerful outcomes of the year was the students exploring the newly released Premier’s Child and Youth Wellbeing Strategy and responding with a place – based lens.  This feedback has been offered back to the Premier as they undertake implementation of the strategy.  It’s not the first bit of correspondence they’ve had with state government, the group also penned a letter to Minister Courtney with a suggestion to include library card membership forms in school booklists and suggesting Library staff attend school book collection days to assist with joining, reducing barriers to young people accessing libraries and increase awareness of the services available.

Jai Mollison was on the Youth Council for the second time in 2021.  When he was in year 6 at Burnie Primary School, he was nominated for the first time, and he noted how different the experience was as a twelve-year-old.   Youth councillors range from 12 to 16 years of age and despite the large age gap, the ‘Senior’ Jai is most impressed by the passion and engagement from his younger peers.

“It really changes with the people involved, based on what their goals are.  There was no specific goal tackled in 2021, it was more about working out what was important to us as a group and exploring what’s out there in Burnie.  For me, the process became clearer the second time around.”

Jai has a better understanding of his community now, finishing up as a Year 10 Burnie High School leader.  He also had the opportunity to attend a Burnie Works learning celebration in June as Deputy Mayor of the Youth Council meeting different stakeholders that play a part in the Burnie Works ecosystem.

Danielle reflects on the ‘feel good’ values of Burnie Youth Council and her time as Youth Mayor.  “I had some of the Year 6 councillors asking me about high school, as they’re getting ready to go there next year… We (seniors) are like a mentor, icon or whatever,” she says with a wry sense of humour.  The peer relationships and peer to peer learning, across age groups, suburbs and schools are a value of this initiative that possibly exceeds all other outcomes.

Much like the Burnie Works breakfast, where guests from across the different sectors shared their stories at the end of year celebration, little sparks of life from a larger constellation.  The Burnie Youth Council and the strong partnerships it continues to grow with other organisations across Burnie has created a strong platform for enabling young people to contribute meaningful outcomes for their community. 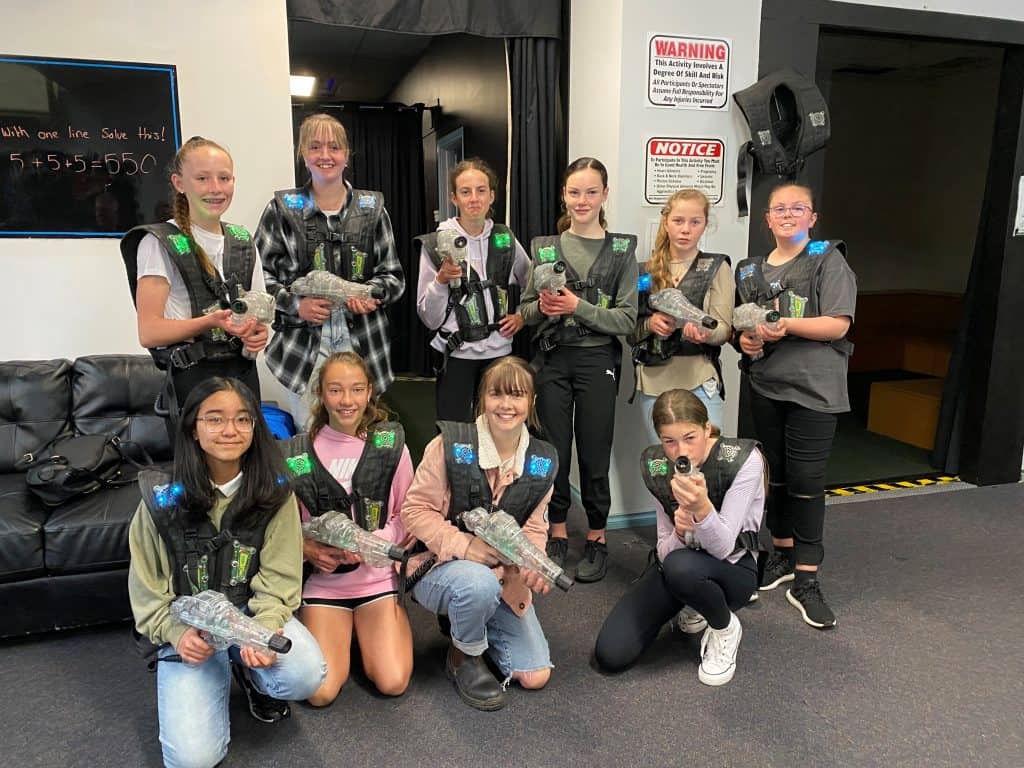 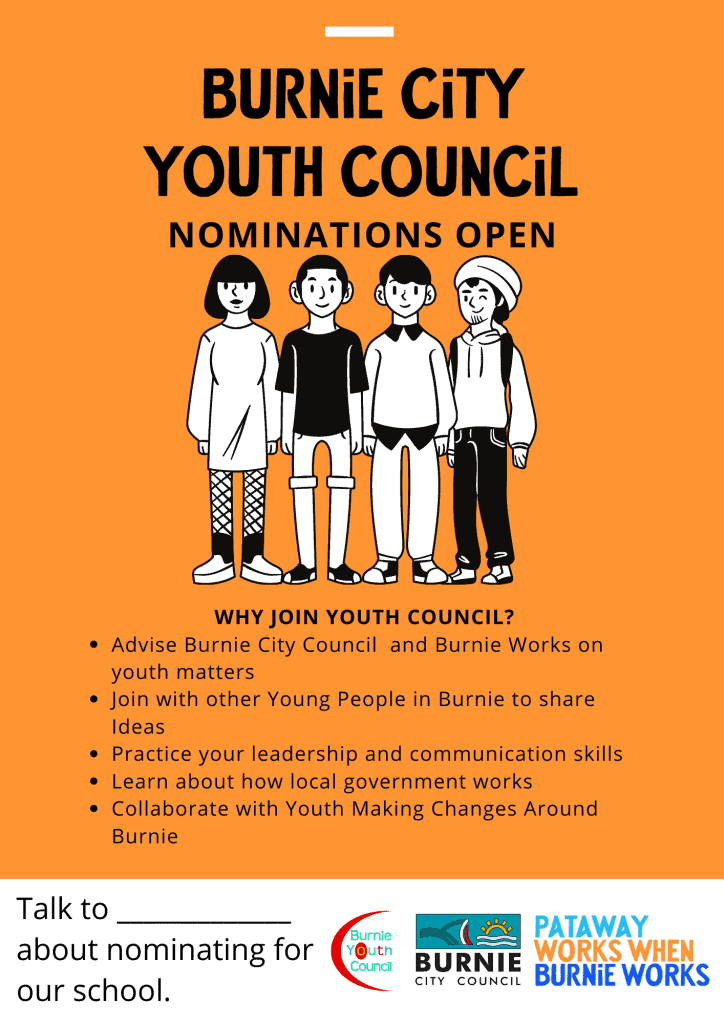 In the final weeks of term 4, 2021 schools were asked to nominate students for the Burnie Youth Council for 2022.  The new recruits will have the opportunity to attend a training day with JCP Youth in early February and be officially elected later in term 1 of 2022.