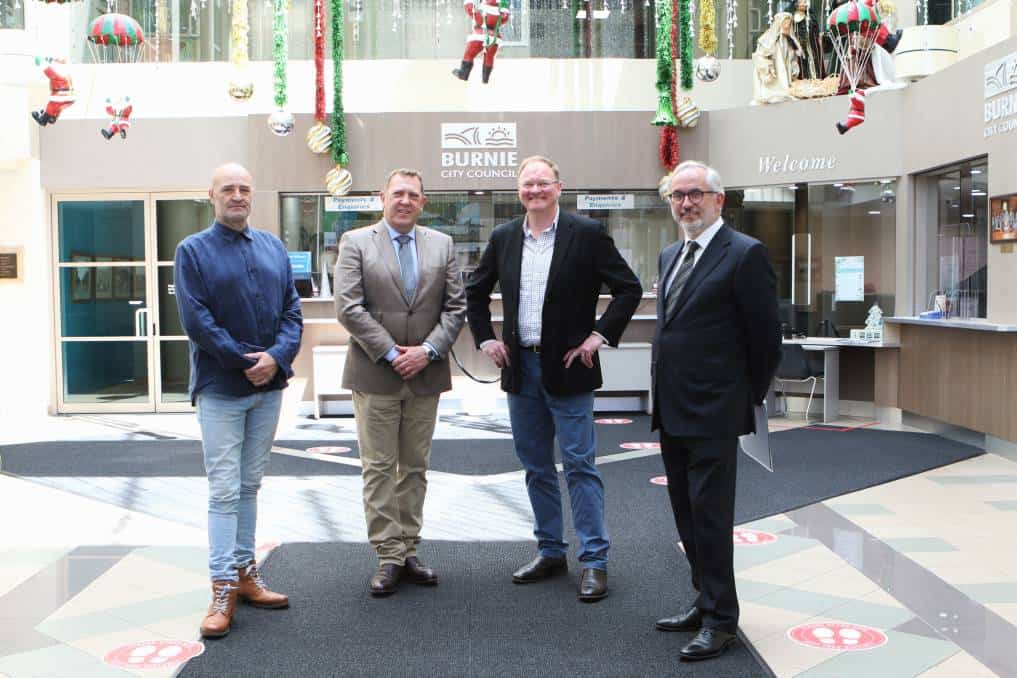 Three levels of government have come together in Burnie in an effort to “lift the aspirations” of those in the community who have “gone by the way”.

Burnie councillor Chris Lynch is the chair of Burnie Works Inc, a community initiative which brings together the local community, government, service providers, churches, educators and businesses in an effort to tackle some of the region’s most pressing issues.

He said the organisation had recently signed off on the “unique” Burnie Works Collaboration Agreement, which will see both federal and state governments pour in $2 million over the next five years.

“I think it’s fairly obvious the societal issues that Burnie has,” he said.

“And it’s the same as any other regional town really, employment issues, mental health issues. It looks to improve those things.

“I don’t think Burnie in itself is a hotspot of trouble, I think it’s unique in that we understand … that to achieve things we need to do it respectfully, and we need to try and address what the issues are to the people that live here.”

He said the “traditional” approach of funding limited, targeted programs was not effective, and that the Burnie Works model allowed ideas to come from the community itself and then be supported by multiple departments and groups.

“Just to throw a program at an area doesn’t always necessarily bring results,” he said.

“If the community identifies the issue it wants to work on … then collaboratively pulling in resources from different areas means you avoid the ‘silo effect’ of just one program being funded to do one thing for a limited time.”

“We see Tasmania as a general economy moving forward, but there are some that won’t move forward at the same rate,” he said.

“Rather than government try and adapt a solution to an issue … we want to make sure that fit is the right fit. And the only way we’re going to do that is to listen to people on the coal face.”

Tasmanian Human Services Minister Roger Jaensch said the state government would be putting in cash, as well as “in-kind” support over the life of the project.

“Government policies and programs from the capital cities are a blunt instrument,” he said.

“You need to be able to put them to work in a place like Burnie with far finer tools, and that’s what this approach that we are jointly funding is going to be able to do.”

Thanks to: Advocate Newspaper